Glow in the Dark Tapes

Posted by Troy on 6/15/2022 to Tape Info
Glow in the dark tapes usually are separated into three different categories depending on the way that they emit light so that your eye can see them in the darkness.
The three main types of tape that you can see in the dark are:

These tapes are charged with a light source (such as a flashlight or a light bulb) and emit a glow as they dissipate their charge over time. Generally, the more light energy that you expose them to the brighter and longer the glow effect is. These tapes work well for applications like marking emergency exit routes and stairs and railings in stairwells where there is constant artificial light until a power interruption occurs and there is sudden darkness and no ambient light. They work best in complete darkness when the human eye is fully dilated. The rule of thumb is that if there is enough ambient light in the room for you to see the white color of the tape, then the glow effect will be less noticeable. They are also not very good if the sun is the primary charging source. As the sun sets the tape is charging less and loosing energy at the same time. By the time that night falls the tape will have been loosing energy for several hours and not function well unless there is complete darkness (like a new moon and zero light pollution). One thing that photoluminescent tapes do well is react to a black light, the more black light energy that they are exposed to the brighter they will glow (and charge at the same time). Photoluminescent tapes are also quite thick so they do not conform to curved surfaces very well. If you are applying the tape to tubing or railing it should be wrapped around the tube or in a spiral rather than in a straight line down the length of the cylinder, if you try to bend the tape around a curve it will always try to "go flat" and come loose at the edges.

Fluorescent tapes do not emit light energy like photoluminescent tapes but they are made with color pigments that absorb light radiation at one wavelength and reradiate the light at a different wavelength which results in a very vivid color. In order for fluorescent tapes to glow there needs to be black light energy available for it to reradiate. This glow process requires a large amount of surface area on the tape to function. Because of the need for surface area to glow fluorescent Duct Tapes do not glow under a black light. Fluorescent Gaffers Tapes and Fluorescent Spike Tapes are best for this application, they glow very brightly under a black light. Gaffers Tape and Spike tape conform well to a radius as well as curved and irregular surfaces.  Non-adhesive Fluorescent Flagging Tape will also glow fairly well, however some flagging tape fluorescent colors work better than others.

Reflective Tapes do not glow but they utilize micro prisms to directly reflect any light shined on them back to the human eye. These tapes are required by the DOT for use on tractor trailers and traffic signs to promote visibility on the highway at night. They can also be used on boats and buoys for navigation and safety on the waterways. These tapes work great on bicycles for visual conspicuity on the roadways at night. These tapes do not conform to curved surfaces very well. If you are applying the tape to tubing or railing it should be wrapped around the tube or in a spiral rather than in a straight line down the length of the cylinder, if you try to bend the tape around a curve it will always try to "go flat" and come loose at the edges. 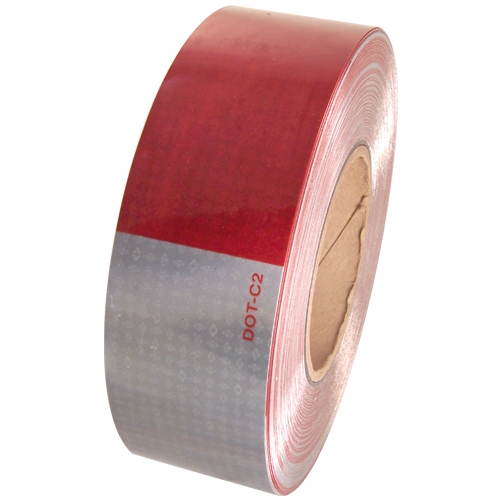 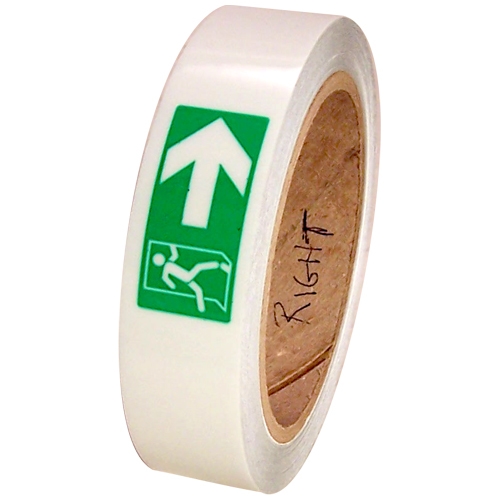 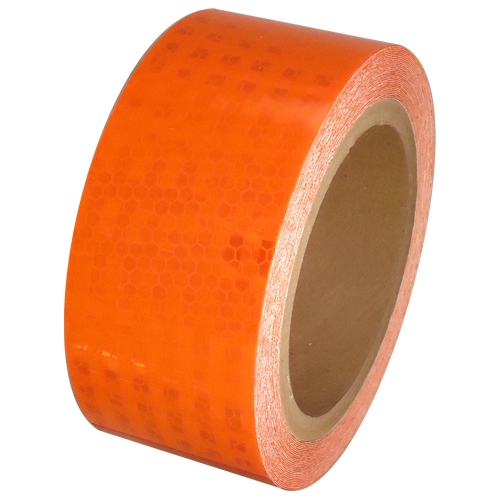 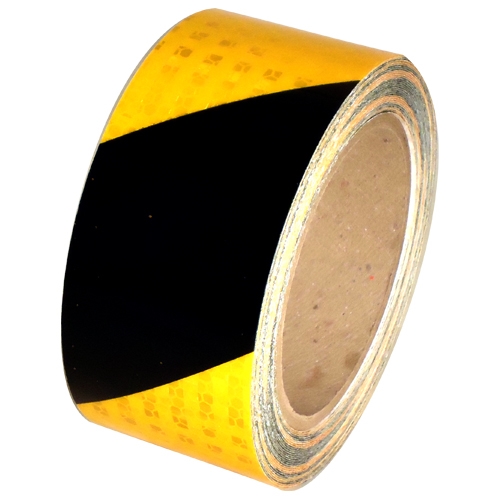 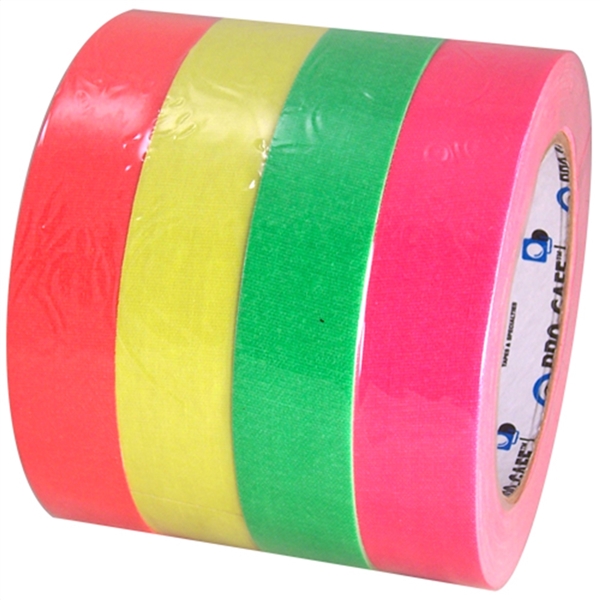 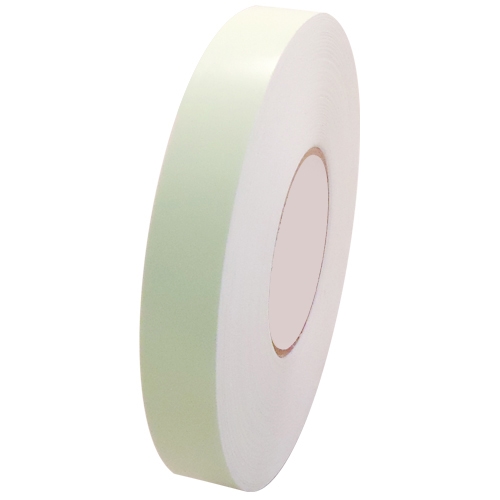